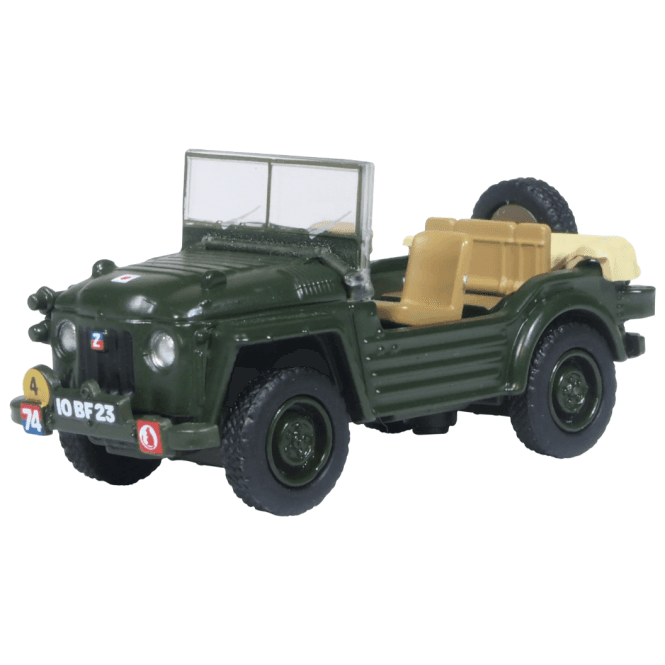 The Army version had the official title Truck ¼ ton, CT, 4x4, Cargo & FTW, Austin Mk I or Truck ¼ ton.  The civilian version was named simply Champ, by which the vehicle was to become unofficially known. Developed by the Nuffield organisation in the late 1940s, it is interesting to note that the suspension was designed by Sir Alec Issigonis who later became most famous for his design of the Morris Minor and the Mini.

The Champ was an open four seater 4 x 4 vehicle which featured a Rolls-Royce 26.36cc 80 hp (60kw) 14 petrol engine. A light PVC coated hood, hinged doors and a set of weather screens were also available for use in deployments less weather-friendly. And Austin were commissioned to build 15,000 at their Longbridge plant although in the end, the vehicle proved so expensive to produce that the last 4000 were never made. Some were fitted out with additional equipment for deployment as field ambulances, telephone line-laying or even carrying armour and a .303 in Vickers Machine gun or .303 Bren gun.  Most, however, served as cargo or personnel carriers and could be fitted with radios. Sadly, the Austin was out-classed by rival Land Rover on economic, performance and driver preference grounds.