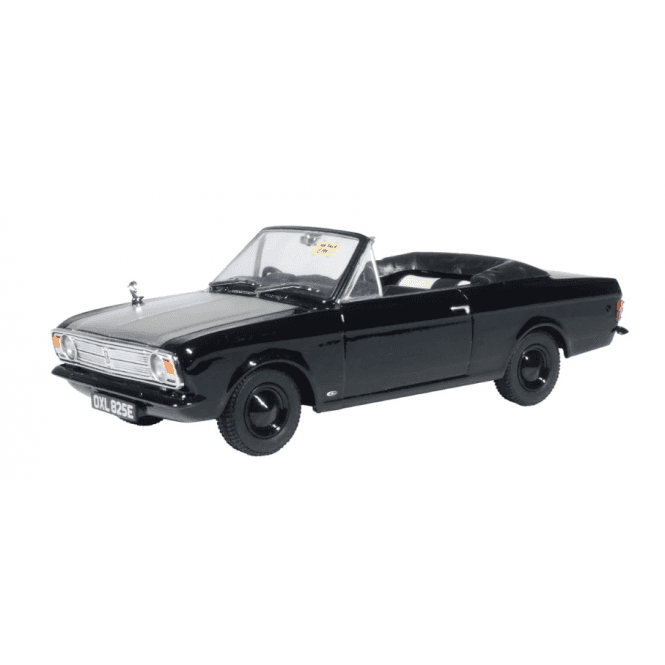 The Ford Cortina was, in real life, the UK's best- selling car of the 1970s. Built between 1962 and 1982 by Ford UK at their Dagenham plant, the Mark II was introduced in 1966 - the year of our Oxford replica. It came as a 2-door, 4-door saloon and a 5-door estate and with an engine size from 1.2L to a 3.0L V8, all with 4-speed manual gearbox. The five generations of the Cortina marque saw engine and design upgrades along the way, so it is no wonder that there were modifications by external body specialists, such as Crayford Engineering.

Crayford Engineering was a car coachbuilder based in Kent and was formed in 1962 by engineer and designer Jeffrey Smith and sales expert David McMullan. The company specialised in taking desirable and usually prestige cars of the era and converting them from the original into estates and convertibles. The Cortina Mk II was one such car that Crayford introduced as a convertible but in very small numbers, so they are very collectable today.