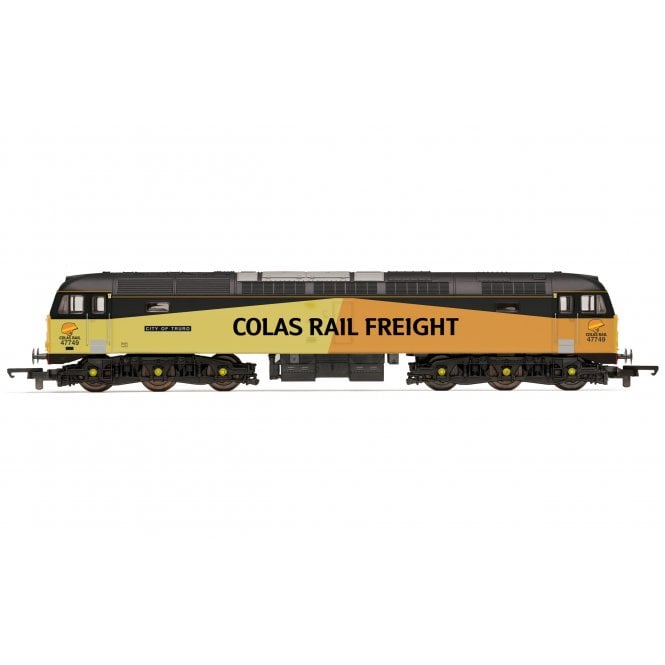 Built between 1962 and 1968, the Class 47 Co-Co Diesel-Electric locomotive was once the most numerous class of mainline diesel in Britain with 512 examples. 310 locomotives were constructed by Brush in Loughborough, and the remaining 202 at Crewe. The locomotives were used for passenger and freight operations. In 2020, 24 of the class remain operational on the national network with more in storage and an additional 31 preserved.

In 2007 newly formed Colas Rail unveiled four newly liveried Class 47 locomotives, having previously relied on hired Class 57s to fulfil its timber hauling contracts. This was early evidence of the ambition Colas Rail had to obtain and grow its own fleet of freight locomotives. The first two locomotives to be overhauled ready for service were No. 47727 'Rebecca' and No. 47749 'Demelza'. In April 2016 locomotive No. 47749 had its original name 'City of Turo' restored.

- Etched Name Plates (to be fitted by yourself)